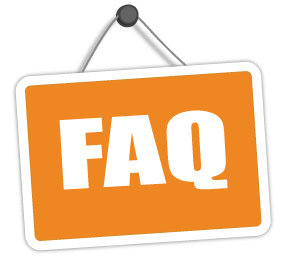 What is a bail bond?

How Does Bail Work?

An individual arrested on a criminal charge may be held in jail until trial, unless they are able to post bail in the amount set by the court. Posting bail allows the person arrested to be released from jail until they have to appear in court. One way of posting bail is to obtain a bail bond from a licensed bail agent. A bail agent will secure the release of the accused individual in return for a fee. When a bond is issued, the bonding company guarantees that the defendant will appear in court at a given time and place.

Why do I need a bail bond company?

To get someone out of jail quickly, you need a bail bond. The amount for someone to be released after an arrest is often thousands of dollars, you may not have that cash available right away. We can post a bail bond and release the arrested person from jail, often in just a few hours. Payment options are available if you can’t pay the entire amount immediately. A bail bond company can also explain, in layman’s terms, how bail works, your charges and what to expect in court.

Do I have to pay all of the bail bond costs up front?

No, if you cannot pay the entire costs up front, our agents will work out a realistic payment plan to help you out. There will be no interest charged.

How do I bail someone out of jail?

Call A1 Rapid Release Bail Bonds Tampa at 813-702-9991 and provide an agent with the arrested individual’s name. We will contact the police station or jail, find out the charges, the bail amount and any other pertinent information. The agent will then call you back to discuss arranging to get the person out of jail.

Do I need collateral?

Although some bail bonds require the arrested individual or the co-signor to place collateral, many bonds can be done with just a signature guarantee.

What is a co-signer?

A person who agrees to be responsible for paying any costs incurred due to the defendant’s failure to appear in court.

What are the co-signor’s responsibilities?

What happens when a defendant fails to appear (FTA)?

The court will order the bail bond forfeited. A bench warrant is issued when a failure to appear in court occurs. To clear the warrant, the person must appear in court. We will contact the defendant or co-signer to determine the reason of the FTA. Most of the time the person is not intentionally trying to avoid going to court and an FTA is due to a mistake or oversight. Under these circumstances, the bond can be reinstated and the forfeiture set aside if the defendant contacts us immediately after the FTA

A SiteOrigin Theme
Call Us Now